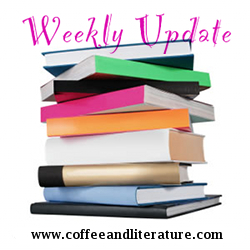 Hello, faithful readers and book lovers!  Many, many things are going on with me this week.  I will be reviewing Lord of the Flies by William Golding today, and I hope to also get reviews on either today or tomorrow for The Bell Jar by Sylvia Plath & The Scarlet Letter by Nathaniel Hawthorne.  These are some great classics that I am teaching and discussing with my students, who appear to like them for the most part.  Either that or they want to make sure they get a good grade!  🙂  Also this week, I will be doing the Wednesday Poetry Café over Sylvia Plath’s book Ariel if I can get it completely read by then.  Bronte’s Wuthering Heights and the ever present Emma by Jane Austen will also be coming up soon.  I’ve currently got a HUGE stack of books to read, including some review copies by new authors that I am really looking forward to reading.  Also still on the waiting list is the coming eReader review once I decide what I’m going to buy as far as eReaders are concerned.  I’m holding out for the Nook 2, and I’m hoping it will be released before Christmas.  So, I hope you are looking forward to the coming reviews.

Also, the infamous Banned Books Week will be September 25 to October 2, and I do plan on reading several of the “banned books” that have been challenged over the years.  Most of these books are wonderful old and new classics and in my opinion, have not been treated with the respect that literature deserves.  If you are curious, The Scarlet Letter that I will be reviewing later this week is considered a “banned book” and has been since its first publication.  Lord of the Flies has also had its share of challenges.  It is sad to me that so many great books are being taken out of our schools for one reason or another yet the students are still expected to know something about them when they get to college, which is why I still choose to teach most of them.  You’ll be hearing more about Banned Books Week later!  Have a great week!